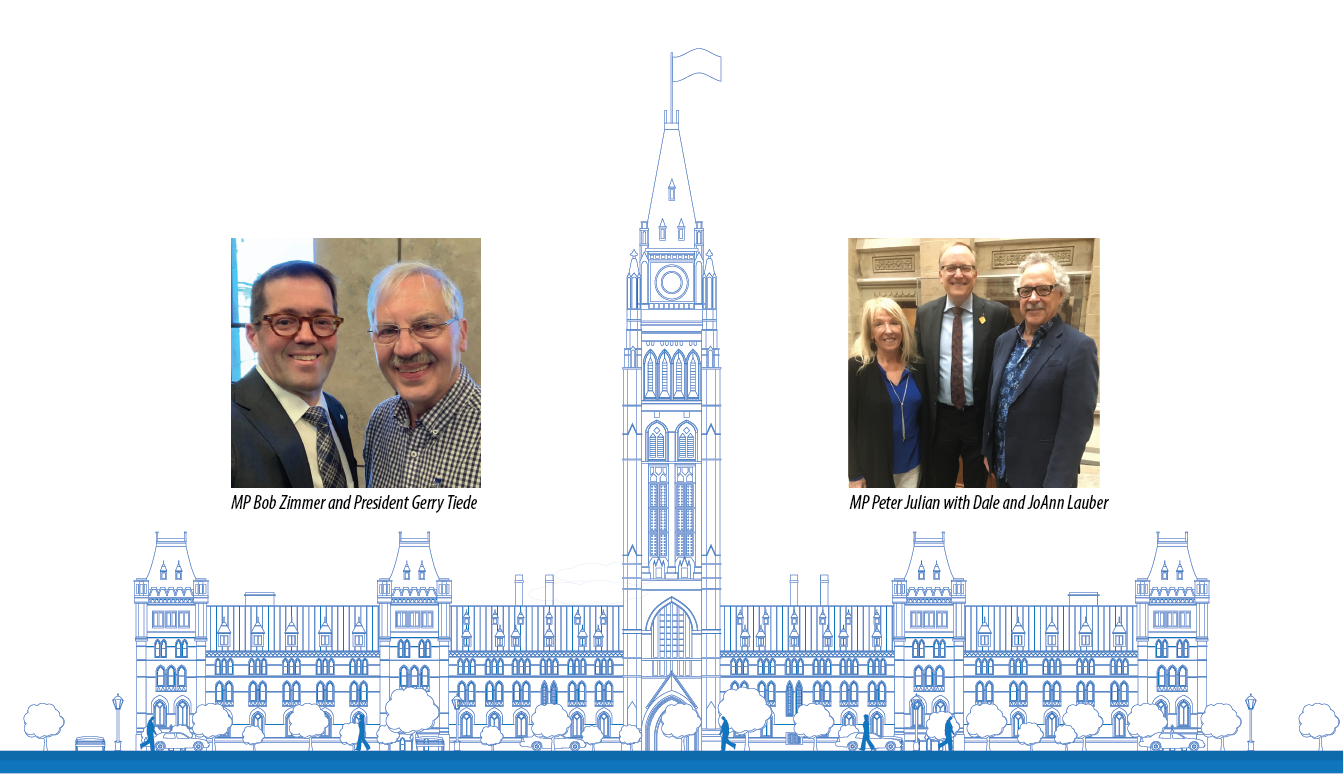 BCRTA Advocacy in Action at Parliament

On June 6, 2019, representatives from BCRTA joined dignitaries from our sister organizations across Canada to attend Parliament and see petitions for pension security presented in the House.

MP Bob Zimmer stood in for MP Mark Warawa who was absent due to cancer. Zimmer presented the ACER-CART e-Petition advocating for pension security. The petition, which attracted 13,720 signatures, is in the top 4% of all e-petitions filed with the House of Commons. 4,107 of those signatures came from BC. Great work, BCRTA!

At the same session MP Julian presented several of BCRTA’s written petitions opposing Bill C-27 and gave credit to the BCRTA as a leading activist. Again, congratulations to the Branches of BCRTA for their diligent and persistent work in support of protecting defined benefit pensions.

Thursday’s pre-AGM afternoon included the orientation of new delegates to ACER-CART and a presentation from the National Association of Federal Retirees (NAFR), who reviewed the basics of non-partisan issues advocacy in elections. Between now and the October federal election, we will be in conversation with candidates about the issues that matter to retired teachers and seniors. This session confirmed the processes we in BC usually use to plan and set up platforms to engage would-be MPs.

Owen Adams, Chief Policy Advisor for the Canadian Medical Association, provided the AGM with the issues deemed by the CMA as important in the upcoming election. The CMA agrees that the most important issue in this election will be Pharmacare. It is their opinion that it is now or never and that every organization that cares about this issue must demand a position from all  candidates. CMA has the same fear as ACER-CART: that the Federal Government will propose a ‘filling the gaps’ approach. Filling the gaps approach is NOT the ACER-CART preferred action.

The second guest speaker was the Honourable Filomena Tassi, Minster of Seniors. Minister Tassi is a lawyer who has been intimately involved in education. Minister Tassi thanked delegates for their contribution to education and reviewed the government’s commitment to seniors, especially low income seniors: