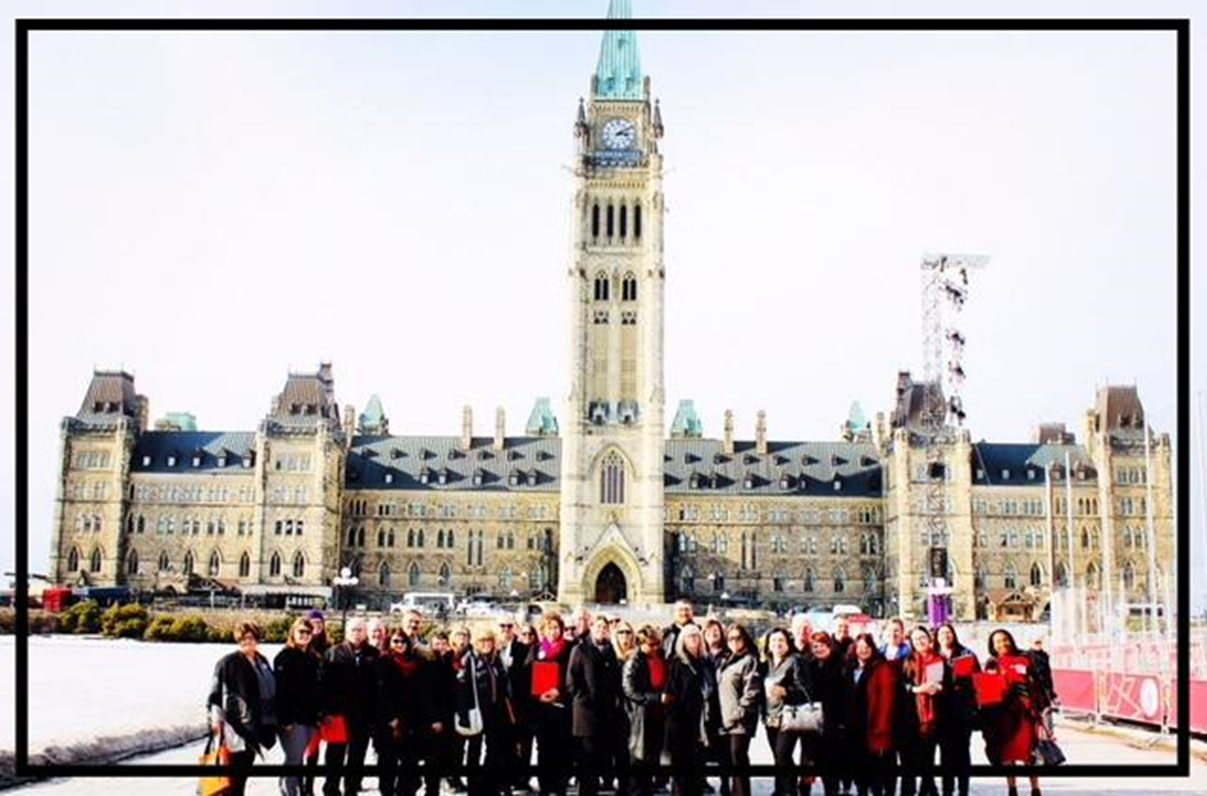 Lobby on the Hill

For a number of years now the Canadian Health Coalition (CHC) has organized an annual Lobby on Parliament Hill, which involves about 100 lobbyists visiting as many Members of Parliament and senators as possible. Various interest groups, including health care policy scholars and practitioners across the country, and of course, members of the public, are engaged in the lobby.

These numbers and the participation were true for 2018 as well, although it was somewhat unfortunate that the lobby day this year (Feb 27) coincided with the release of the 2018 budget. Some appointments were cancelled. But at the end of the day, 85 lobbyists had 77 meetings with Liberal, Conservative and NDP MPs, as well as Liberal, Conservative and Independent Senators. Some of the MPs who had to cancel their meeting have since been in touch with the CHC asking if they can meet with the advocates in their ridings.

President Patricia Clough and JoAnn Lauber came from BC on behalf of the BCRTA; and BC’s COSCO and Health Coalition were also represented. Brian Kenny, the president of the Canadian Association of Retired Teachers, engaged in the Lobby as well.

The CHC arranged for about 70 delegates/lobbyists to attend Question Period. As it was the first such session following the Prime Minister’s visit to India, the dynamics of Question Period were most revealing – the heckling, in particular, was excessive and non-productive.

This year’s Lobby theme was opposition to encroaching privatization of our public health care system. The extent of the concerns and gravity around privatization were highlighted.

The Canadian Health Coalition observed, “We noticed support [for opposing health care privatization] in all the parties, and disinterest by some Liberal and Conservative MPs. Overall, NDP MPs were supportive but not all to the same extent.”

BCRTA believes that engagement in this annual lobby exercise is worthwhile: it highlights cross-country concerns related to health care, it empowers advocacy that is often translated into action in the provinces represented in the event, and it serves BCRTA members for whom health care and well being remain of immediate interest.

The Canadian Health Coalition also has a Fact Sheet on for-profit healthcare.