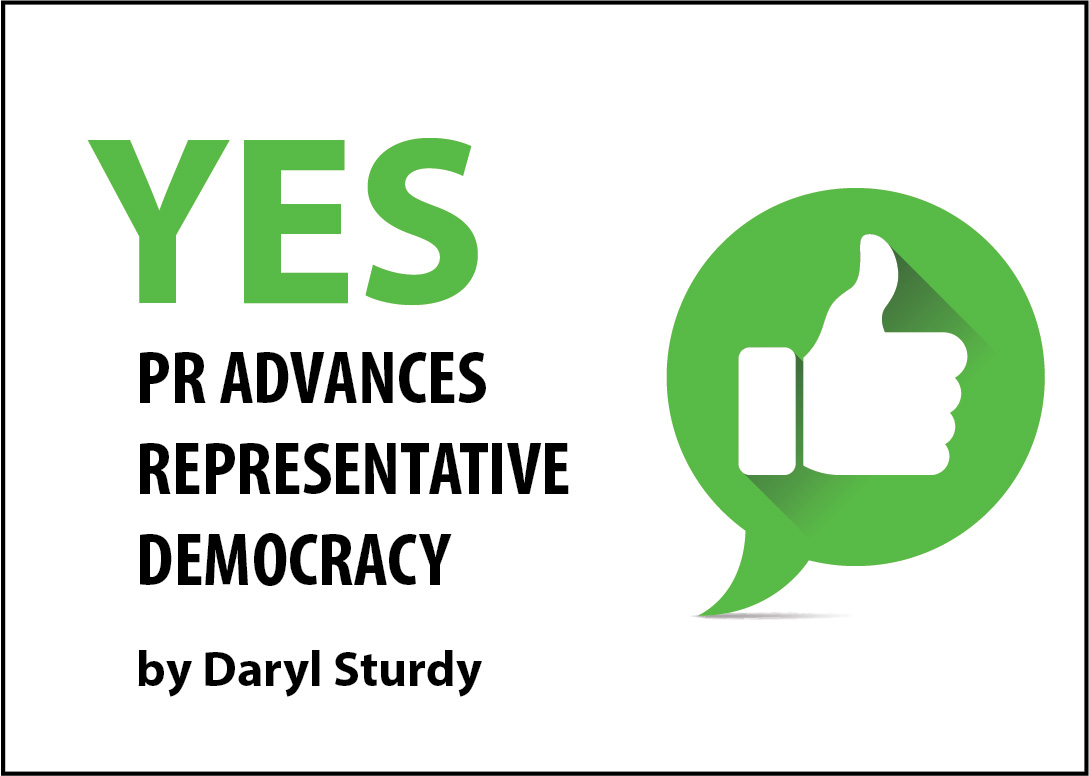 Under FPTP, only around  50% of  votes count.  In countries with a similar PR system to what’s being proposed for BC, over 90% of votes count towards electing a candidate.  Which system is more likely to get you what you want?

FPTP is unfair and undemocratic and unlikely to give you the type of government you want.  Some numbers to illustrate this:

The anti-electoral reform people are putting out misleading, cherry picked, irrelevant, and fear inducing “information”, skillfully crafted to persuade you that the sky will fall if you support PR.

As an antidote, view the video of Helen Clark, former PM of New Zealand being interviewed on YouTube.

Helen Clark was a staunch supporter of FPTP, then chose to adopt PR. The video gives her reasons and how well PR has worked. Skip the introduction and go to minute 18.

As well as Helen Clark, 11 commissions across Canada, including the Citizens Assembly, have recommended PR as a fairer more democratic system. The anti-electoral reform group will give you all kinds of misleading reasons not to adopt PR. Who would you trust?

Money back guarantee.  After 2 election cycles under PR, there will be another referendum to decide whether to keep PR or go back to FPTP.

In the words of the immortal John Lennon, “All I am saying, is give PR a chance.” 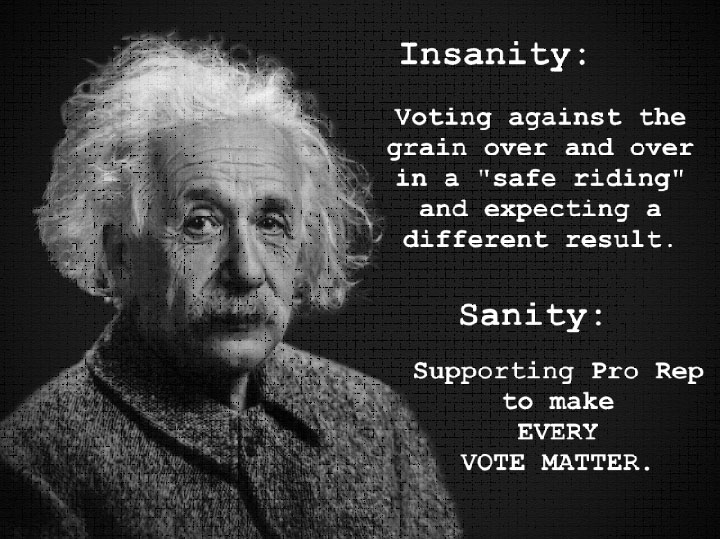 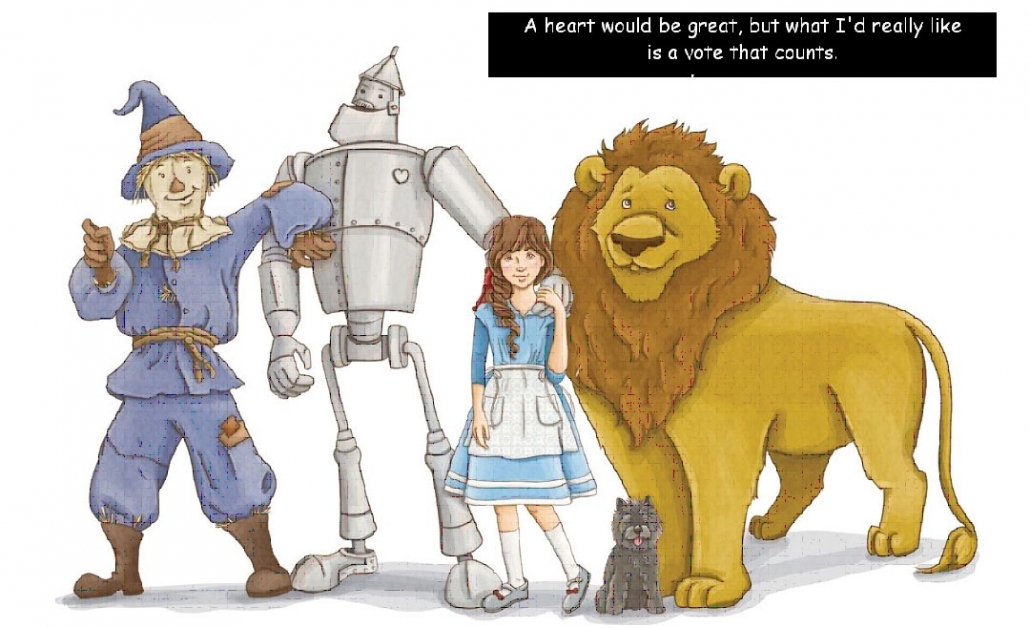 Other Links of Interest in Support of Proportional Representation

Editor’s Note: The opinions expressed in this article are those of the writer.

Opinion: No, PR is a Bad Idea

Proportional Representation: Opinions For and Against
Scroll to top