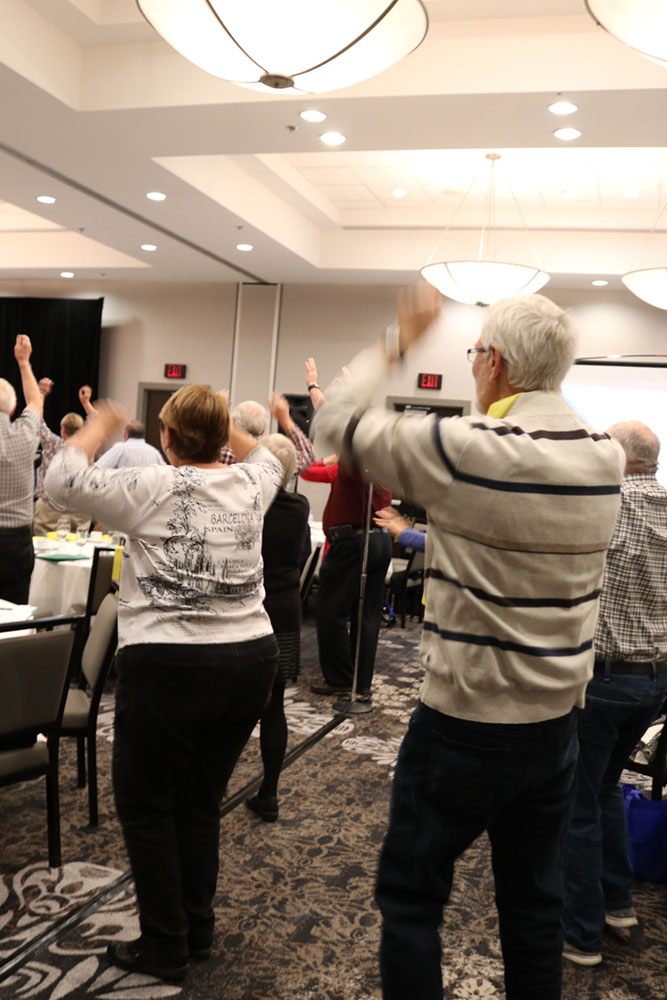 By Tim AndersonNovember 15, 2019No Comments

The BCRTA held its Annual General Meeting and Conference Oct 3-5 in Richmond. Here are some highlights:

A survey of members made available online and in PostScript magazine drew a large response of over 1,500 submissions.

Members expressed a strong desire for BCRTA to continue to focus on defending pension security for members and seniors, and a strong satisfaction with the job BCRTA is doing in that area. Areas that could use growth include branch engagement and use of BCRTA Advantage programs. See some more details of the 2019 Survey here. 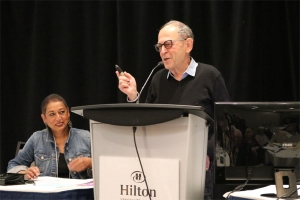 The 2019 Conference Keynote Address was given by Dr. Art Hister, who had the delegates “in stitches” with his humorous health advice. Amongst his many bon mots was an injunction to be careful with medical advice that applies to “the average person.” After all, Hister quipped, “the average person has one testicle and one ovary.”

Following Hister’s talk there was a time for delegates to engage in some physical activity and a presentation on de-cluttering your home.

President Gerry Tiede updated the delegates on the association’s progress in pursuit of its strategic plan, and gave some further insights into current news in pensions.

Membership awards were given to branches with the most member growth.

The Friday evening banquet included the inaugural PostScript Excellence Awards, an event celebrating the contributions of members to BCRTA’s flagship publication. The winners were cheered by attendees. Dancing and socializing concluded the evening.

On AGM day Grace Wilson, 1st Vice President and Treasurer, reported on BCRTA’s financial results for the year ended June 30, 2019,  which had a bottom line better than budgeted. A representative from auditor KPMG confirmed a clean bill of health for the financial statements. A budget for the 2019-2020 year was approved, along with a setting of member fees to $42 per year effective the year following.

Motions From the Floor

Two motions were made from the floor of the AGM:

Motion: “To eliminate the use of single use plastics and Styrofoam in our BCRTA meetings provincially and in the BCRTA branches.”

Amended motion: “That BCRTA strive to eliminate the use of single use plastics and Styrofoam in our BCRTA meetings provincially and in the BCRTA branches.”

Motion: “That BCRTA encourage the federal and provincial governments to move quickly to ban flavoured juices used in vaping devices.”