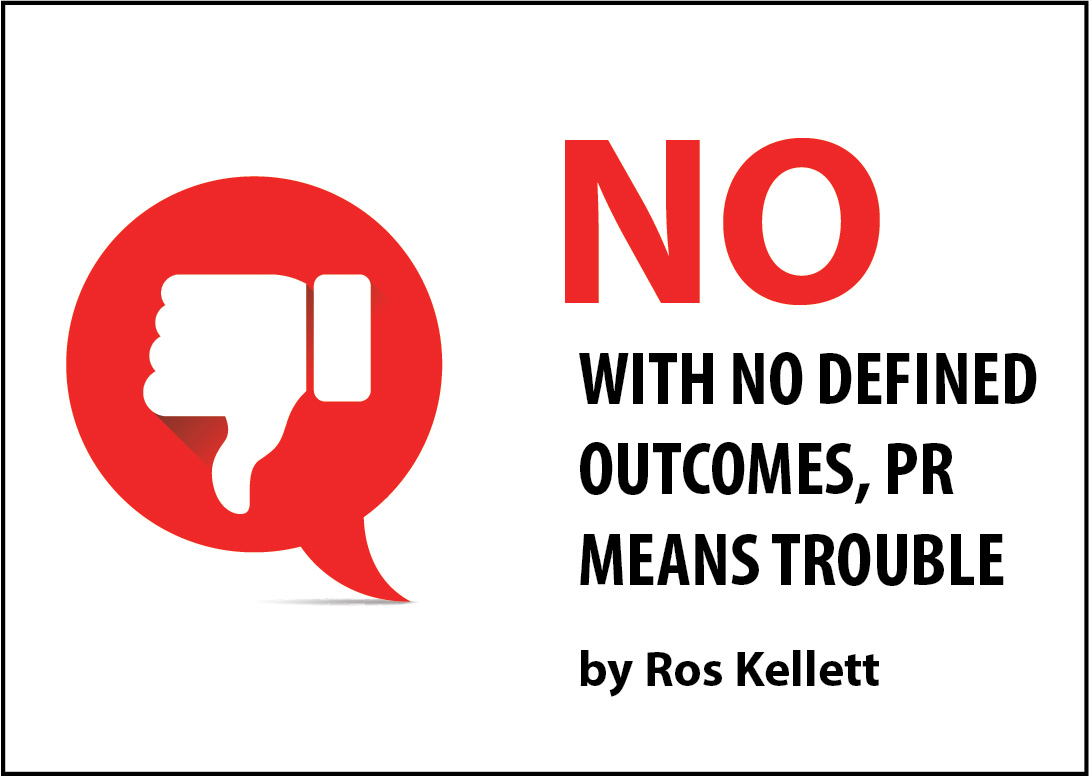 Opinion: No, PR is a Bad Idea

By Tim AndersonOctober 12, 2018No Comments

First Past the Post (FPTP) is how BC has voted since 1871. BC once experimented with a form of PR. In 1952 voters got a ranked ballot (Alternative Vote system) in each constituency and Social Credit (SC) was elected, despite having less of the popular vote than the CCF (successor to the NDP). The SC removed the system the following year.

Since then BC voters have rejected PR twice. A 2005 vote on the BC-STV system did not pass the required thresholds of 60% in the vote or a majority in 60% of constituencies. In 2009 the BC Liberals re-introduced this and it failed again.

Now we have a third PR proposal. Why reject PR again? FPTP produces accountable governments. I know who I voted for and whether they won or lost. If they lost, I don’t consider my vote ‘wasted’. The “losing” side forms the Opposition. I know who to go to for help: my local MLA of any party.

The FPTP system, easy to understand, gives a real chance for a winning party to fulfill their mandate.

PR systems focus on the value of the party and not the candidate. Citizens sometimes vote for “Anybody but” and thus convey a lot of negative power. We may vote for a candidate we trust rather than for their party. A PR system puts party first.

Under RUP, urban voters elect MLAs in huge regions one way (by STV, overwhelmingly rejected nine years ago), and rural voters choose a different way. All constituencies change. And we don’t know HOW the map of BC will be divided up. That’s a real Leap of Faith!

In DMP every constituency ends up with two MLAs—but your second MLA may be the candidate who came in not second but third or even fourth.

The third option and the one favoured by most PR supporters is Mixed Member Proportionality (MMP). This would mean reducing our 87 constituencies to perhaps 52 so we could elect “regional MLAs” from lists prepared by the political parties. This scheme might require BC to add as many as seven more MLAs. We don’t know the new boundaries or how many we will end up with.

Germany has a system like MMP – it recently took over five months for seven parties to form the government. The moderate second party gave up being the Opposition (government in waiting) in order to keep out the neo-Nazi party. Extremist parties proliferate. Now Sweden grapples with a populist anti-immigration party as PR requires nearly impossible coalitions to govern.

New Zealand voted for MMP in 1993 and neither major party has governed with a majority since (22 years). Candidates urge supporters to give their constituency vote to a minority party that will form a coalition with them. Yet PR proponents claim that PR ends that sort of strategic voting.

Voting for workable government is more important than dwelling on the overall provincial vote summary. Say no to PR. 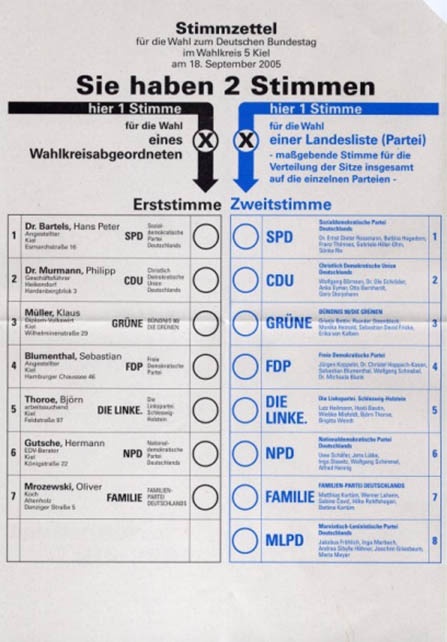 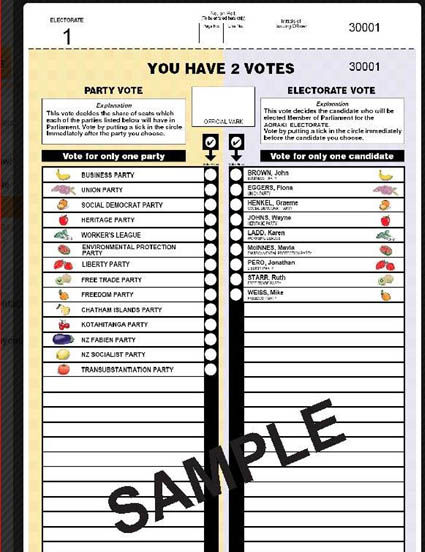 A ballot from New Zealand

Editor’s Note: The opinions expressed in this article are those of the writer.